I know I’ve already made my views clear re the blokeosphere and how feminist blogs are consistently categorised wrongly by organisations such as wikio, but I’m about to bang on about it again because it’s something that continues to frustrate me.

It comes as no surprise that feminist blogs barely make it out of the starting blocks when it comes to testosterone fuelled rankings wars for instance, because as long as the big boys who create these lists refuse to acknowledge that feminism is politics, and thus should be categorised as such instead of being sidelined under the “general” category heading, feminist blogs will never have the chance to be seen as more than a niche interest.

And yet despite being around the blogosphere long enough to get how this shit works, I continue to be astounded by the lack of consistency/glaring fucking sexism that continues to go on.

Take the top 100 political blogs from wikio’s newly released March rankings for example. Here’s the top of the list, looking pretty much as you might expect: 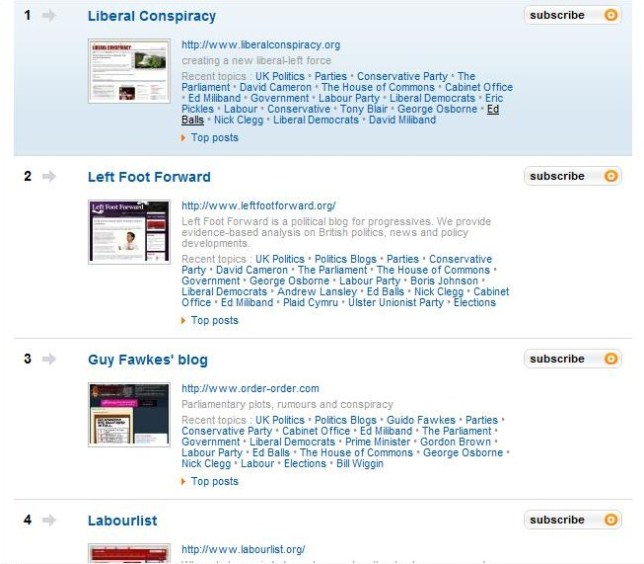 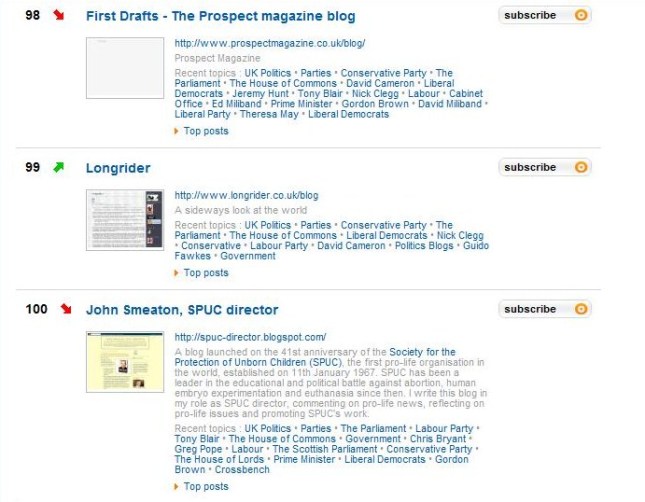 Sorry, what’s that blog at the end there? ‘John Smeaton, SPUC Director‘??

Here’s the blurb again in case you missed it:

“A blog launched on the 41st anniversary of the Society for the Protection of Unborn Children (SPUC), the first pro-life organisation in the world, established on 11th January 1967. SPUC has been a leader in the educational and political battle against abortion, human embryo experimentation and euthanasia since then. I write this blog in my role as SPUC director, commenting on pro-life news, reflecting on pro-life issues and promoting SPUC’s work.”

Maybe someone could explain to me how my blog and most of the other feminist blogs in bloglandia don’t count as political blogs, but an anti-woman, anti-choice, misogynist piece of shit blog like the John Smeaton, SPUC Director blog does?

‘Cos I’m buggered if I can understand it.